How to Handle A Romance Writer – Repost

Three weeks after the Romance Writers of America National Conference in New York, I wrote this article for Avalon Authors, July 23, 2011 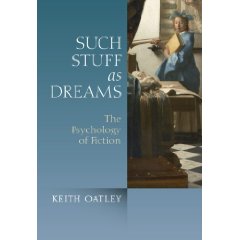 The romance genre in commercial, popular fiction has been attracting considerable criticism in recent months. Most of that has been directed at the more risqué end of the romance spectrum but the bad press filters through to all the many and varied categories. The book, Such Stuff as Dreams, sheds some light on how we benefit from fiction of all descriptions – well worth a look for the pundits who rage at romance.

Last month, at a writers association’s national conference, I had the opportunity to attend a workshop on Media Handling. This month, I had an opportunity to use what I had learned. The principle issue discussed in the workshop was how to handle adverse interviews.

This did make me wonder if crime writers, fantasy and science fiction authors, mystery and western storytellers ever have to fend off the attacks that romance authors are currently having to defend themselves against. Maybe some of you can answer that for me.

Until then, I’m assuming you don’t – or at least not in the way that romance is being kicked around the media. Because romance is predominately written by and read by women, there is an assumption that we don’t understand the difference between fiction and the ‘real’ world. Romance is considered a danger to women’s psychological and emotional health. Do these pundits seriously think that a love story is more insidious than a gruesome, brutal description of a serial killer’s activity?

Most of the people making this claim obviously have not read a romance novel or they would see the error of their thinking. Romance is no more outside the realm of reality than some of the novels written by Anne Rice, Ken Follett, James Patterson or Annie Proulx.

One of the pointers given at the workshop was to ask that the interviewer present the questions to be asked so that the interviewee could prepare. I asked for this when I was invited by a local radio station to participate in a weekly broadcast. For about three minutes, we stuck to the questions. From then on, it was a freewheeling conversation. But, from the workshop, I learned to self-edit my answers so they could not be twisted.

Do [those of you who are] non-romance writers have to shield yourselves in this way? Do you have sage advice for those of us who are in the media’s claws right now?

Fortunately for me, the interviewer was sympathetic to the creative effort and had no bias against my art form. Many of my colleagues have not been given this respect. One of the things, I think, that contributes to the lack of appreciation for genre fiction in general and romance in particular is the practitioners’ and readers’ tendency to keep their preference under cover. So, at the workshop, I made a pledge, from that moment, I will practice the principles of Open Carry.

How frightening is a romance novel compared to a holstered gun?