We know the counterpart to the title of this blog, starting with sugar but enough is said about the Spice and Nice. About twenty years ago, I learned the counterpoint regarding boys from a book titled, Bringing Up Boys. I have three. 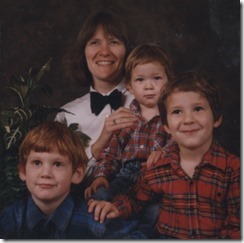 Variously known as “the mother of those three” and “so you’re the one responsible for those three,” I had a requirement for some backup to my theory that boys are different and the school system, though designed by men was made for girls.

“They always have to be first” was the constant cry from beleaguered schoolmarms. “They get into everything.” “They cannot sit quietly.” “They have to win.” My response to all of which was then and still is “Your point being?”

Lately, I have met an increasing number of women who are in the same position I was twenty years ago. I tell them to enjoy every wild moment. Boys are wonderful. Teenage boys are nut-cases but still wonderful. Young men are fragile and wonderful. Grown men, raised from the start as uniquely boys, are the best there can ever be of the male. They make good husbands and fathers, prepared to take on the hard work of raising their own sons and daughters.

Besides my own good husband and the good father who showed me everything I ever needed to know about men, I had help from a colleague, Liz Brady – a child psychologist with whom I worked while serving on the Community Health Council for Carmarthenshire. Herself a mother of two sons and a daughter, her special interest was in the development and mental health of adolescents. One aspect of her field of study was the extreme suicide rate of boys and men between the ages of 14 and 35.

Brady’s research revealed that young men engage in dangerous behavior and activities that result in death far more frequently than do any other sex or age group. They are four times as likely to commit suicide—intentional or unintentional. During my eldest son’s teenage years, he attended the funerals of four of his schoolmates, all of whom were under the age of twenty.

One hung himself in the garage of his parents’ home, driven to desperation by his drug addiction. One slammed his head into a cast iron drain pipe while speeding on his motorcycle—without a helmet—through the shopping district early one morning. The third was hurled through the roof of a car because he did not wear a seatbelt—the driver fell asleep and ran up the tail end of a cattle truck. And the fourth jumped in front of a train in a neighboring town, overcome by depression.

All were young men with aspirations and talent, families that loved them. 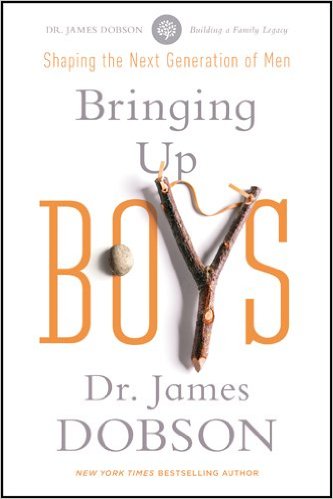 How do you do that in a society that vilifies masculinity, and yet, will not allow men to embrace their fragility either? When social media hacks rant about a tacky shirt to the detriment of a great scientific achievement?

Yes, little boys are naughty and rough, they torment little girls and test the fire extinguishers in the swank hotels. Give them any encouragement, they demand even more. They try our patience and go out of their way to annoy and challenge any restriction.

They also explore fearlessly. Boys are the reason our species crawled from the mud and went to the moon—most probably because a girl said she wanted a chunk of rock. Boys are hard-wired to achieve, largely at the behest of sugar & spice dishes they want to impress. Why? Instinct. Survival of the species.

The smartest girls choose the male most likely to provide a safe environment for offspring and that means he already owns a house or has “prospects” or “status” likely to enable him to achieve some or all of these.

Except when they want or have to impress, men don’t care how they dress—one pair of shoes is enough for some. Rightly, they figure their achievements count for a lot more than a Hawaiian shirt. We can understand their thinking when creepy 70 year old men are snapping up the prettiest girls in the twenty-something age group.

My sons are not out of the dark days yet. What gives me hope for their survival is their choice of wives and girl friends. Or more likely, the women who have liked what they’ve seen when these three young men are on their best behavior (and occasionally, their worst).

After all, has your heart ever not melted when you see a big guy holding a child for whom he has accepted responsibility?

To all the parents who are raising boys, I strongly recommend Dobson’s work in Bringing Up Boys. You’ll enjoy your male children more, accept they are a challenge and understand the important service you are providing to the women of the future. And, by all means, teach them to iron shirts and soft-boil eggs.

The Return of Pomegranate!