The Very, Very Basics of Writing Anything

There are three fundamental elements of every piece of written work—including film, non-fiction and grocery lists.

These three elements must be present or there is no point in proceeding.

In non-fiction, the three elements forming the basics of a book are:

Before my publisher, Honno, agreed to consider Parachutes & Petticoats, which I edited with the renown feminist historian, Deirdre Beddoe, we had to convince the board of directors that 1) the Topic, Welsh women’s experiences during World War II, was worth the effort; 2) we could find enough material to make a full volume of women’s autobiographical memoirs; 3) the information we gathered, written by the women themselves, was of sufficient interest and relevance to warrant the expenditure, effort, and examination required to bring a collection of essays by unknown women to fruition.

The resulting request for autobiographical essays brought in hundreds of submissions from women in Wales whose experiences had never been heard. The book was published in 1992, reprinted in 1994 and 2003, with a fourth reprint in a smaller format with minor editorial additions appeared in 2010. The essays that we couldn’t include in the volume were submitted to the National Library of Wales (Llyfrgell Genedleithol Cymru) to become a part of the national archive. Next year, 2017, will mark Parachutes & Petticoats’ 25th anniversary. Though neither edition is still in print, the book is still available at bookstores and online book retailers.

For fiction (of any kind, in any genre, in any medium) they are:

For example, in my most recent published novel, Nights Before: The Novel (originally published as a novel in six installments), the above structure works like this: 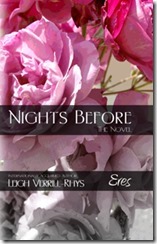 Those three elements will not, in themselves, make a full sized story, let alone a full length novel but without them, there’s no beginning, middle or end. Jason also needs a goal to combat Jocelyn’s efforts to reach her goal. And Jocelyn needs a lot more than a boyfriend to make the essentially girl-meets-boy, girl-loses-boy, girl-finds-new-boy story something more than just that.

Though Nights Before is a romantic comedy, there had to be some depth to the story and that called for a secondary goal. This is usually something hidden, even from the protagonist—a long buried pain that has left a wound that will not heal without more pain. Enter an absent parent or two, conflicting potential new boyfriends, torn stockings and a lobster feast, a demanding employer, a car accident and abandonment issues.

With my upcoming American historical novel, Pavane for Miss Marcher, the three elements are shared between the Hero and Heroine, both of whom have Goals and Antagonists out to get them: 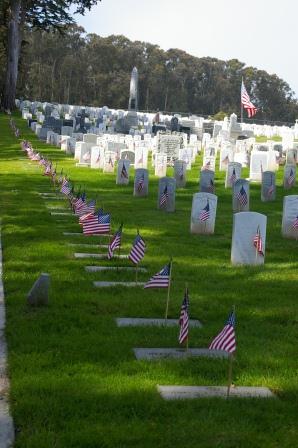 The story is set in Maine five years after the end of the American Civil War and I am currently researching and reading on both sides of this terrible conflict in our history. Keeping faith with our nation’s past has complicated the process, especially with such an emotive background that plays an enormous part in our lives 151 years after the conflict came to an end.

With family members from the southern states and a strong New England heritage complicates the story on a personal level as well but I believe a writer’s duty is to write the story that comes from their own heart, regardless of possible consequences. As my mother always said, “Be true to yourself.”

Pavane for Miss Marcher is scheduled for publication in 2017.

Look It Up – Researching for Writers