Since writing this article, I have had the opportunity to read more about the War Between the States.  I now caution anyone setting a work of fiction during this period to research both sides of this tragic conflict.

This post was written a few days before it was scheduled to appear. The fourth blessing mentioned below made his appearance on the day this post was originally published. And now there is a fifth – a star in her own right! 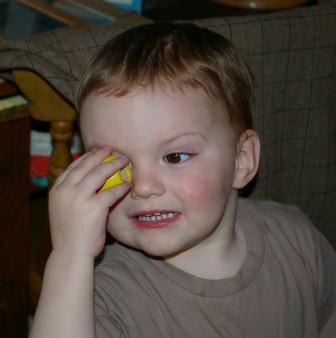 Nearly every culture has a ritual for giving thanks for life and blessings. We celebrate thanksgiving in the Fall of the year particularly because of the abundant harvest the Summer months have provided. In the United States, this celebration has taken on a mantel of national enormity but where has this holiday come from?

But Thanksgiving is something else. Most of us in the United States have grown up with the legend of the Pilgrims and their wretched struggles in the first year of their life in North America. As the story goes, after over half their number starved to death, they were helped to survive through the kindness and generosity of the established inhabitants, whose own journey to this continent was taken thousands of years before.In most religions, thanksgiving is a spiritual recognition of the blessings bestowed upon the faithful, again usually around the time of the harvest.

In ancient times, people made sacrifices of living creatures and this practice is still in evidence today with turkeys, lambs, goats. In religious establishments, there are formal offerings, services of appreciation, shared meals to celebrate the bounty of the earth.

This story may be true in its essence but it isn’t the origin of Thanksgiving as we know and celebrate it today. (Let’s assume we’re not talking about the folks who’ve formed tent-communities outside mega-stores in lieu of having a meal with their families.) The Pilgrims were most probably celebrating the religious thanksgiving, toward the middle of October with a religious service and a long sermon, rather than the more pagan celebration of life and all the bacchanalia surrounding a day of feasting, football and family feuds.

For seventy five years, subsequent Presidents kept the tradition by declaring a national day from year to year but not until December 26, 1941, when Franklin Delano Roosevelt signed the law, did Thanksgiving become fixed on the fourth Thursday of November by federal legislation. For nearly 400 years, people living on this continent have celebrated their good fortune and the blessings bestowed upon them through the observance, religious and secular, of a day of feasting.

This is one of my favorite holidays and it seemed only natural to include it as a pivotal point in my Avalon Romance, Wait a Lonely Lifetime, now published by Montlake. I sincerely hope all your days of thanksgiving are exactly that and may we continue to celebrate in the way that most fittingly shows our gratitude for our many blessings as a nation.

Taste of Sunday in Salsa