Everybody knows the Mantoni girls are attractive, and theoretically, that’s a good thing, right? Only this time, a charming but older millionaire desires the most beautiful Mantoni, Annalisa, as his lover for the Christmas season. 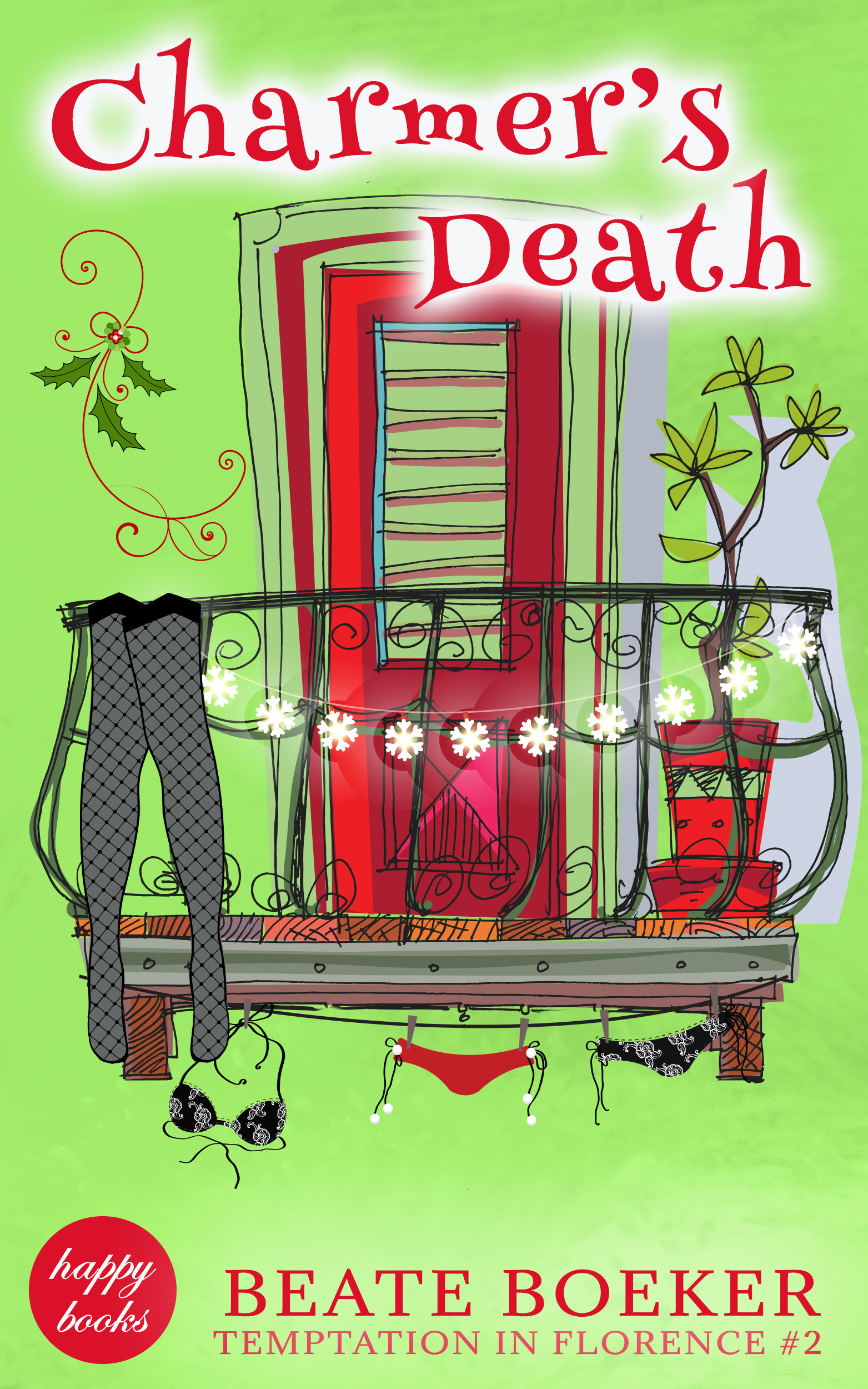 Her cousin, Carlina, is disgusted by the liaison and says she’d rather see him dead than at Annalisa’s side. The next day, her wish is fulfilled. The charmer is dead, strangled with a pair of pantyhose which comes straight from her own luxurious lingerie store, Temptation. Now she’s got a problem.

How can she explain to the attractive commissario, Stefano Garini, that she didn’t do it? Will suspicion kill the fragile beginnings of a relationship between them? And will they find the killer before Christmas becomes too dangerous?

Charmer’s Death is the second in the cozy mystery series Temptation in Florence.

Charmer’s Death is available on Amazon.