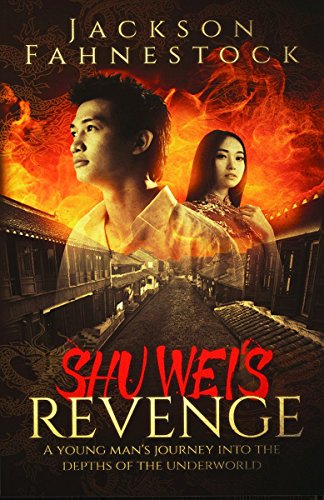 In his role as Town Scribe in 1898, seventeen-year-old Shu Wei is part of an incident which causes his family to emigrate from their village in China to San Francisco’s Chinatown. The intrigue, mystery, and tension that follow grow deeper as he tries to assimilate into a hostile world. Shu Wei ends up working for a local newspaper while he juggles the need to get his stories while dealing with the scurrilous demands and death threats by Tong members. In this coming-of-age saga, the restoration of his self-confidence and his family’s honor is at stake. Jack London and Mark Twain lend timely support.

About the Author (Full Text)

“I have had the good fortune during my career as an architect to travel and experience different cultures and environs. Working on large-scale projects in such places as Hong Kong, Taiwan, Saudi Arabia, Vietnam, and England has not only been satisfying from a creative standpoint but has also allowed me to take away impressions that last a lifetime. Some of those impressions eventually became the seeds of my new novel. While at Columbia I was fortunate enough to receive a summer scholarship to travel and study throughout Europe. Writing a report on this trip in addition to my Master’s thesis in Urban Planning confirmed my deep-seated interest in writing. While working for the Mayor’s Office of Lower Manhattan Development in New York I published a book, To Preserve a Heritage-a book on landmarks in Lower Manhattan. By that time the motivation to research and to write-particularly historical pieces-was in my blood. My original research began some twelve years ago, but several hiatuses caused an interruption in my writing, specifically creating audio walking tours for the Financial District in San Francisco and artwork (etchings) for five of those years. … My book, Shu Wei’s Revenge, was a Semi-Finalist in the 2015 William Faulkner-William Wisdom Creative Writing Competition.”
Purchase information on the author’s website.

New Books for the Festive Season #2