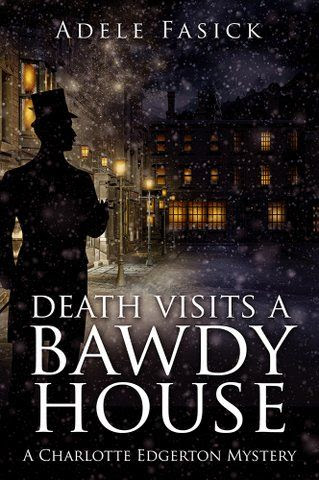 A Charlotte Edgerton Mystery, set in the 1840s in New York City

When Charlotte Edgerton, moves from staid Boston to bustling New York City in 1843, she finds the crowds on Broadway thrilling. She is young, idealistic, and in love. But when first one and then another of the glamorous “sporting girls” who work in the city’s famous brothels are murdered, Charlotte becomes aware of the darkness that lurks behind the bright glow of  Manhattan. In a city where abolitionists are not popular and suspicion of free blacks runs high, the arrest of a black man for the crimes enflames much of the city. Charlotte  discovers that police can be prejudiced, politicians are not always honest, and kindness can lead to danger. Will she be able to find safety for herself and end the terror gripping women throughout the city ?

Death Visits a Bawdy House is available on Amazon and is the 2nd in the Charlotte Edgerton Mystery series.