Suppose You Write a Book… — Repost

I wrote this post in April 2014, on my usual 4th Tuesday of the month, for Classic and Cozy Books on Blogspot.

Why do we tell stories? For me, this activity became a lifelong occupation from the age of three. One night, I woke from a nightmare that, to this day, fills me with dread and a feeling of sick emptiness. I crawled into my parents’ bed for safety. I had no words for the terrible dream or the terror I felt.

Instead, I told a story to my wakeful father about the house I wanted to live in when I grew up. My father was a carpenter, so it was possible to believe he would build the house for me. Concentrating on a future possibility took me away from a present danger. 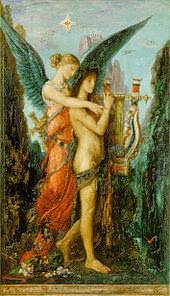 From that night on, I found great comfort in using my imagination to tell stories about an alternative reality. I spent long hours alone, content to fill my thoughts with the people and events I created, and ‘rewriting’ the endings of movies I had seen. During my teenage years, I added drawing to my work box of tools but the stories still took place in my head.

Not long after this, my first year in high school, I moved to another state. I made two friends in my new high school, both of whom had a similar story-telling penchant. We told each other stories, interactive between the three of us, exchanging ideas and characters, building worlds around make-believe situations. In my second year in high school, back in California, I continued this collaborative effort with other friends and again during my early college years.

In college, my first choice of a major was art but, finally, writing emerged as my true avocation. Once the decision was made, I entered a phase of my education that was so incredibly rich and textured, I have continued learning ever since. Fortunately, writing is an art form that demands constant discovery.

But why do I write? One answer is clear: not for the money!

Our ancestors told stories to explain the mysteries of the

environment, for comfort, for entertainment during the long dark, winter nights. Our own reasons for story-telling are similar. In antiquity, knowledge of the forces of the universe were explained by the imagined existence of magic and the supernatural. How is that different from our own society’s love affair with Dracula, Terminators, Angels and the Once Upon a Times of 21st Century entertainment?

What was formalized by Aristotle and Euripides is our premier source of coming to terms with a universe we understand only marginally better than our cave-dwelling progenitors. The depth and breadth of human imagination, and the drive to express it, cannot be contained, no matter how frequently a story is told. Everyone of us has our own, individual interpretation of events. If our telling strikes a chord with others, we have succeeded in expressing a basic human truth and kept the terrors of dreams at bay.