And truly, no matter how many notes, cards and letters of rejections I received. What kind of nut puts up with that kind of abuse and keeps going back for more? 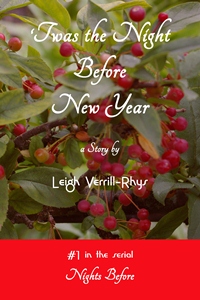 Earlier this year, I had the good fortune to attend a writers’ group seminar. One of my fellow nuts was the invited speaker. She hasn’t given me permission to quote her but those who were there will know.

One part of her talk was about her writing ambitions. These were: she wanted to get published and she wanted to get published big. I don’t know many writers who wouldn’t wholeheartedly agree. These are great ambitions, the stuff of driving forces, the goals that get you up in the morning and set you down in front of whatever tool you use to make your ambition a reality.

She created a character. She created a story. Both with these goals in mind. The character was a salable commodity. The story was a winner. Her contract allowed her to quit her day job. She’s writing stories, selling books, and giving talks. Yay! And she is a really nice person. Double yay!

Her talk encouraged me to think about my ambitions. Well, all of the above, of course! And also, to paraphase Groucho Marx, “…if you don’t like those, I have others.”

A three-year old probably isn’t thinking about the future. I just wanted to tell my dad a story about a house I dreamed about. I still want that house but I didn’t become an architect to build it. The most important parts of that event were the telling and my dad’s listening.

I wasn’t gathering material to write a book that would enable me to quit my day job (although that’s on my wish list) when I asked questions about the plaques on the wall above my head in the hotel that became the setting for Wait a Lonely Lifetime. When I began writing my latest novel, I didn’t think about what gown I would wear to the premier when Salsa Dancing with Pterodactyls, Part I became a movie (not seriously anyway) although I did consider the actors I would suggest to play the hero.

The stuff of driving forces for me is the relentless appearance of characters and ideas that demand I tell their story. Now, that’s nuts. If I were in any other profession, I’d be certified and sectioned. I cannot remember a time when I wasn’t living with people in my head, acting out their lives while I was living mine.

Where do they come from? I’m as much at a loss as the person who asks me. At this moment, I’m writing a serial about a young woman by the name of Jocelyn who has one broken relationship after another. How did Jocelyn appear in my writing?

This one is simple: Avon Impulse had put out a call for novellas with several holiday themes. Too late for Halloween and Christmas, I worked on a New Year’s idea, inspired by the Clement C. Moore poem, The Night Before Christmas. I simply and purposefully started writing and there she was, along with her ex-boyfriend, Jason, and three delicious possibilities for new loves in her life.

Preview: Nights Before: The Novel