A few days ago, Kate Steinle was murdered at a popular tourist location less than six miles from my home. Her killer was a five-times deported, recently released felon awaiting another deportation hearing. (http://www.sfgate.com/news/article/Pier-shooting-suspect-had-been-released-from-S-F-6365228.php).

A young woman, living just 20 miles from my home, was brutally raped and beaten by a gang of young men and so horribly injured that she will never fully recover (https://www.baycitizen.org/news/crime/hearing-reveals-horrific-details-crime/). Prior to this, not far away, another girl was sexually abused and her humiliation made public, causing her to commit suicide (http://www.cbsnews.com/pictures/calif-teen-commits-suicide-after-alleged-rape/).

Women and girls who are trafficked into my state are raped as they cross the border, their underwear hung on ‘rape trees’ in a neighboring state(http://www.latina.com/lifestyle/news-politics/rape-trees-found-along-southern-us-border) as trophies by the ‘coyotes’ who tattoo them with bar codes to facilitate their sale into sex slavery and subsequent rental for sexual services (http://www.seattletimes.com/opinion/branded-by-a-pimp-sex-trafficking-victim-speaks-out/).

There are several unifying details in all of these stories (the very tip of the gory pile of crimes committed within the past few months).

Immigrants are people who chose to leave their homeland to make a new life in another country, embrace the traditions and laws of their chosen country, enrich their new country with their energy and talents, and make an effort to assimilate into the civic life of their new home.

Illegal Aliens have already broken the laws of the country they have invaded, are already a burden on the public purse, too many of them are here to steal, sell their drugs, provide the dregs of society with gross services at the expense of their trafficked victims.

Their presence drives down the wages of American workers, displaces Americans from low-skilled jobs, and the MSM repeats the absolute lie that they do the work Americans won’t do.

I have cleaned houses. My mother cooked school meals. My father picked potatoes. My husband has waited on tables. My sons have scrubbed hospital floors, flipped hamburgers and stocked shelves. 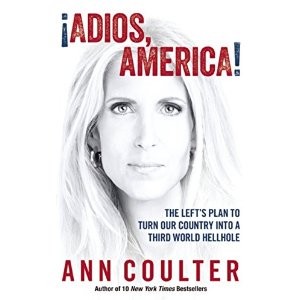 What I Learned from Helen Keller and My Father