The following article appeared on Avalon Authors while I revised Salsa Dancing with Pterodactyls. 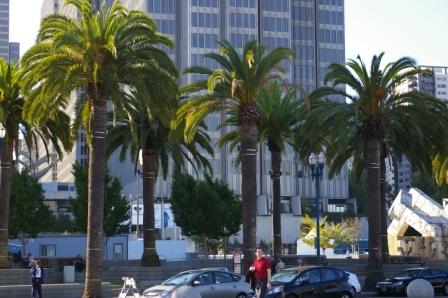 A few years ago, one of the first comments I received on a manuscript I submitted to an agent was “I don’t know where this takes place.” I thought the descriptions were pretty clear. As far as I was concerned there is only one ‘City’ — San Francisco. The agent thought I was writing about London but she didn’t recognize my evocation.

Both cities are renown for fog and I had plenty of fog but mine was rolling over Twin Peaks. Hers was rolling up the Thames. I had trolley cars and BART. London has the Underground and double-decker buses. She wasn’t seeing any of the landmarks of her City.

I didn’t want to go down the route of actually naming the location – somehow that seemed a bit of a cheat, especially for this particular book. I wanted the physical and sensual details to do the job but they didn’t, at least not for this particular reader who had her own ideas about wharves, wet tram lines and exhaust fumes.

So, how do you evoke a sense of place? If you name the town or street, how do you ensure the person who reads those words has a real sense of where you want them to imagine themselves to be? Is a sense of location that important?

For some people, not being able to visualize a place is a serious barrier to their enjoyment. They feel disoriented and excluded, alienated – like being in a strange country without a map or knowing the language.  Or worse, reading a poem written to discombobulate.

If you are writing about a place unfamiliar to you but critical to your story, how do you evoke that sense of authenticity your reader will want?

Last year, I attended a conference in which one writer of historical fiction praised satellite-generated images. While roaming streets of towns and villages you’ve never visited can be a help, it’s of no use for time periods that pre-date the technology.  What may have been rural, uninhabited terrain in the 19thC is more than likely urban sprawl when that satellite passed by. 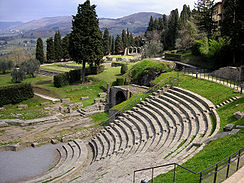 A sense of place is as much a character in fiction as protagonists and just as unique to the experience of the reader as the author’s voice. When I began to write Wait a Lonely Lifetime, there was no doubt in my mind that the main body of the novel had to be in Firenze (Florence), although I had only been there for three days several years before I even had a notion to write this story. I had taken no photographs, bought no postcards, collected no tourist guides. I had vague memories of restaurants, piazzas and two obscure details that I knew I had to include.

Audacity was my guiding principle. As news readers are taught: if you aren’t sure how to pronounce a name, give it your best shot with authority.

Is location as important in fiction as it is in real estate? When you read a novel, do you look for road signs?