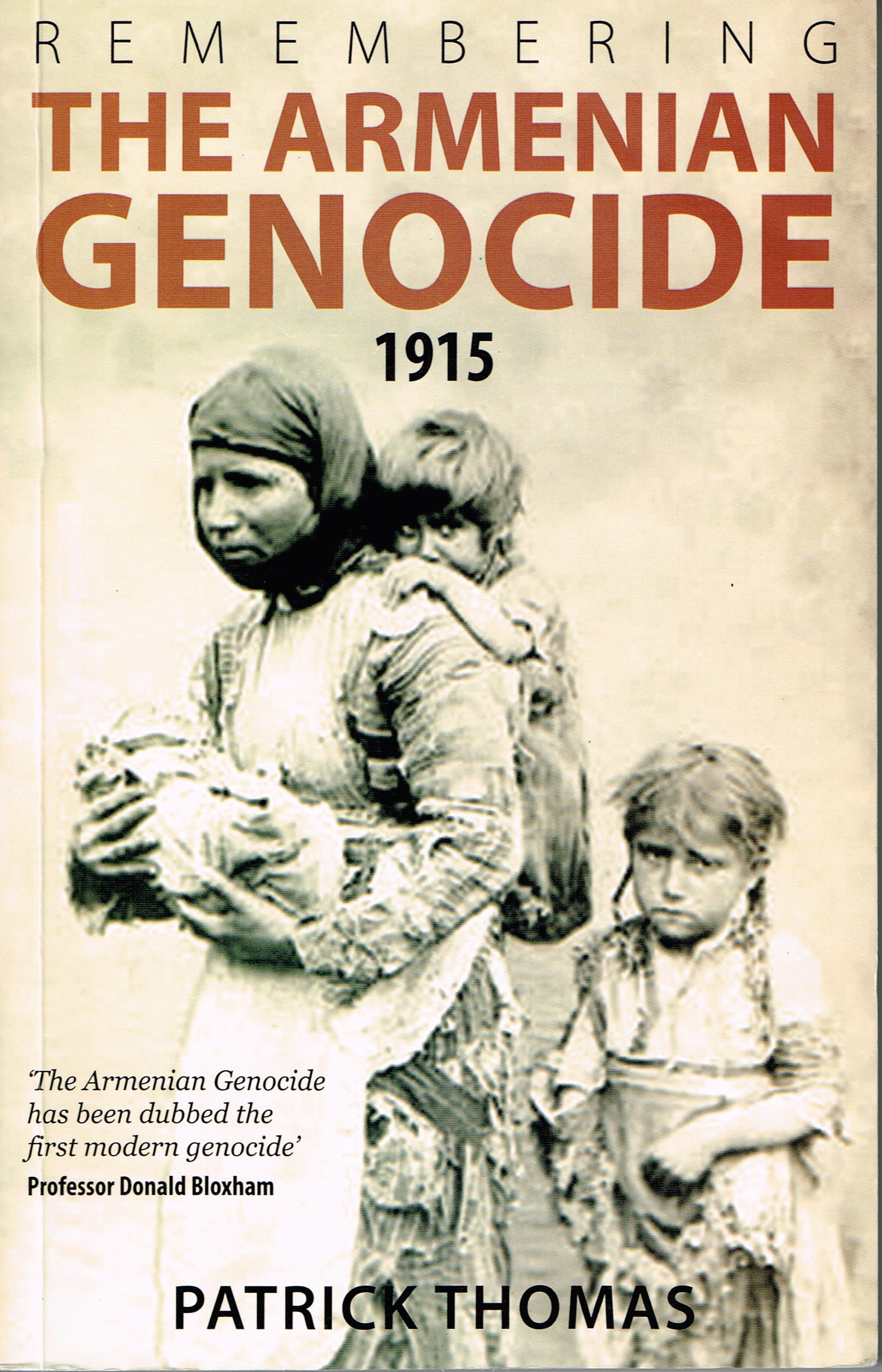 On April 24, 1915 the Ottoman Turk Caliphate began one of the most heinous, inhuman exterminations of their fellow citizens when they systematically annihilated Armenian men, drove women and children on death marches into the Syrian desert, and committed the first genocide of the 20th Century. This terrible act led to a coverup on an international scale and paved the way for Hitler’s extermination of Jews, gypsies, disabled Europeans by the millions, Stalin’s Bolshevik henchmen’s slaughter of eleven million Ukrainians as well as the Siberian Gulags, home to many dissident Russian writers.

This butchery is only possible when political expediency takes precedence over morality. The Ottoman Turks were allies of the Germans during World War I. Remembering the Armenian Genocide 1915 chronicles the efforts Germany made to hide the murder of 1.5 million Armenian Christians at the behest of the Islamic Caliphate of the Ottoman Turkish empire.

“Among the Turks and Armenians both it seems pretty well known that this thing is from the Germans. Even Mr. Ehman* himself is coming to the conviction that it is the work of his own government. We all know such clear-cut, well planned, all well carried out work is not the method of the Turk. The German, the Turk and the devil make a triple alliance not to be equalled in the world for cold blooded hellishness.”

Tacy Atkinson, American Missionary, July 10, 1915, in her diary on the day when Armenians were deported from the town of Kharpert, quoted in Remembering the Armenian Genocide 1915

This book, by Patrick Thomas (author of From Carmarthen to Karabagh: a Welsh Discovery of Armenia) offers insights and perspectives on this vast tragic conspiracy to annihilate an entire population that is still swept under the carpet, despite incontrovertible evidence.

I became aware of the Armenian Genocide of 1915 when I was 13 years old. Many of my classmates in the 8th and 9th grades were of Armenian descent. Their parents and grandparents were victims and survivors of this hideous crime. While I was living in Wales, I was proud that this small country was one among only a very few nations courageous enough to embrace and proclaim the truth.

Patrick Thomas’s book gives graphic details of how vicious the Islamic Turks, with the help of their German allies, were to their fellow citizens. Unfortunately, we have seen this barbarity in our own time committed by men and women of the same ilk.

“A ‘Special Organization’ of criminals (including many murderers) had been recruited …[and] sent to the provinces to enforce the deportation of Armenians, with the assistance of Kurdish irregulars. … The remaining men would be rounded up, taken away and massacred. The women and children were sent on death marches towards the Syrian desert. Many were gang-raped, some were abducted or trafficked, while others were left to die of exhaustion or starvation at the side of the road. Pregnant women had the babies ripped from their wombs. Those suspected of swallowing gold coins were sometimes set on fire. Their ashes were later sifted by those looking for loot. In Trebizond boatloads of Armenians were taken out and drowned in the Black Sea.”

During World Wars I and II, many Germans refused to believe what was being done in their name. Even now, too many Europeans and Americans close their eyes to history as well as current events. We choose not to believe when the truth is too painful or hideous:

“In the eastern provinces, that is excluding Constantinople and Smyrna and other places in Western Turkey, 80-90% of the entire [Armenian] population and 98% of the male [Armenian] population is no longer alive. These figures are probably correct. They can be checked town by town and correspond to my personal impressions and observations.”

We have been silenced and intimidated in the face of great inhumanity, over and over again. Time has come to look the past straight in the clear, though ugly, eye of truth and see the cure that history offers. Can we do less than our colleagues, Patrick Thomas and Aleksandr Isayevich Solzhenitsyn? What is a writer’s job but to write the truth as she sees it?

Pareto and the Published Writer

Taste of Sunday in Salsa