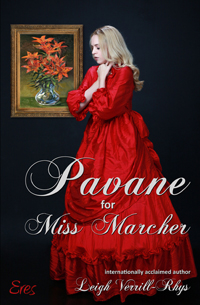 Susan Miller’s disdain for her voice teacher, her rival for Rupert’s love, is matched by Colonel Jericho Colson’s loathing for his fellow Union Army officer, his rival for Cathryn’s heart.

Available in print on CreateSpace, as an ebook on Smashwords, Kobo, Amazon